The first religious services were organized in 1879 and were held in a little log cabin near the Pagosa Hot Springs. Soon after that, money was raised from a variety-type show, and with the aid of the soldiers stationed at For Lewis, a little house was built to serve as a Sunday School and Church. Sunday School was held regularly during the summer months, and worship services were held occasionally by visiting pastors.

In May of 1892, the Reverend Henry Harpst commenced his preaching in Colorado creating churches throughout the state. After he served as pastor here, ministers from the Chama, New Mexico area began holding services in Pagosa. Reverend William Weaver conducted services once a month.

Construction of the first church building began in 1897 on one of the lots where our present church is located on Lewis Street.  Dr. Newton Hover deeded the property to the Methodist Episcopal Church in 1893, and a drive began to raise funds. The First Methodist Episcopal Church of Pagosa Springs was dedicated on Sunday, January 23, 1898. The building had a seating capacity for 150 people and displayed twelve colored windows. The first pastor in the new building was Reverend J.M. Barnhart.

In 1907 additional space was added to the church by raising the structure and constructing a basement. As the renovation was nearing completion and a dedication scheduled, the church caught fire and burned to the cement walls. The roof fell in and the belfry was destroyed, but the upper floor, pews, organ, chairs and pulpit were saved.

The church was rebuilt in 1908 and was considered one of the nicest churches in the west. The kitchen was considered a marvel of convenience that was equipped with tables, dishes, a cook stove and double cupboard with extra shelves. The new sanctuary had seating for 350, and the minster was Dr. McKendree DeMotte. By the time the new church was dedicated, the membership had reached 100. 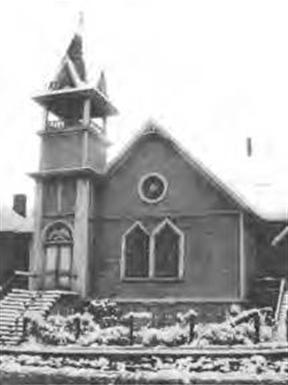 In 1931 the church was renamed the Methodist Communtiy Church, and by 1932 was the only Protestant Church in Archuleta County. A Baptist Church that had been created was struggling and had no minister. Their congregation was invited to worship with us.

By 1961, the church was free of debt and wheels were set in motion to incorporate. The legal corporation was established in 1964. In 1965, a local florist named Russ Hill began the Bazaar, now known as the Russ Hill Memorial Bazaar, as a project to raise money for the youth of the church. Many improvements were made to the church property during the 1960s, and a new modern church building was completed in 1968.  The 1970s proved a period of trials and tribulations for the church, but it was also a period of growth. The church membership grew from 140 to 251 during the decade. In 1972 the church was renamed to Community United Methodist Church of Pagosa Springs, and the Thrift Store was created and is still thriving.

The decade of the 1980s was one of growth and achievement. In 1986 the addition with five Sunday School classrooms, the Fellowship Hall and a new kitchen was completed. In the first decade of the 21st century, CUMC completed a large renovation project. The sanctuary building was completely reconstructed with a new roof and interior. The new facade has made the church resemble the original structure. A sprinkler system was added throughout the church, and the lower level is now completely accessible for persons with disabilities. 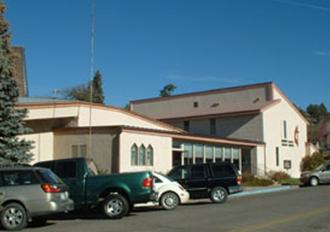